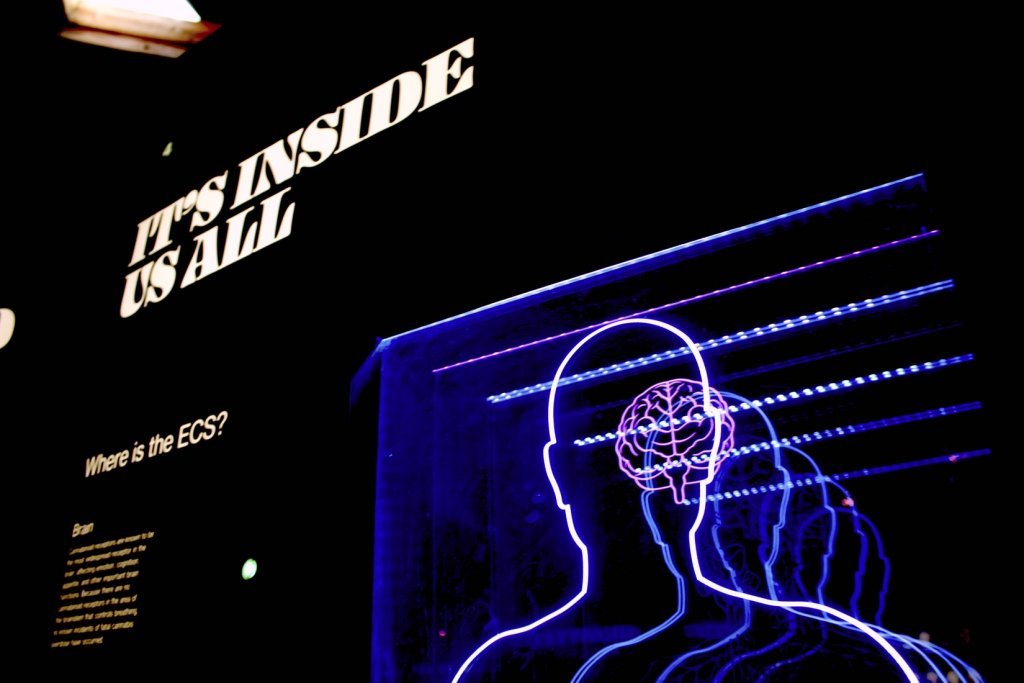 The human brain is weird.

There are so many different things we do and react to that we don’t consciously realize.

You often feel like you’re in control, but maybe you’re not…

That’s where neuro linguistic programming and psychology comes in the picture.

These are fields you can learn about as a copywriter to produce effective and epic copy that subtly influences readers.

But, what exactly is NLP and how do you use it when writing?

Keep reading to find out!

Table of contents hide
What is NLP?
NLP copywriting techniques
1. Use a positive bias in headlines
2. Use storytelling to make an emotional connection
3. Leverage power words and emotional phrases
4. Prime the customer to take action
5. Flow and logical order
Final thoughts on neuro linguistic programming and copywriting

Neuro linguistic programming, or NLP for short, is a field of psychology that studies the language of the brain.

Think of it like a user manual for the brain.

Understanding the fundamentals of NLP will make you a better writer because you will be able to connect emotionally with readers and trigger them to subconsciously take action.

The model looks like this. An external event occurs, reading copy in our case, and it is filtered by the brain through the reader’s:

These either result in the information being stored in the brain, deleted, or distorted.

Being able to write NLP copy which aligns with a customer’s values, beliefs, and other deeper components allows you to help them take action, drool to buy something, feel urgent, etc.

Don’t worry if this sounds like a foreign language. You only need a basic understanding of what NLP is. More importantly, you need to grasp the NLP writing techniques next.

These are some of the most effective NLP copywriting strategies you should begin implementing in your copy and content.

They will create an emotional connection with readers, help them move along the sales funnel, and take action.

1. Use a positive bias in headlines

This is what’s called framing in neuro linguistic programming.

Shaping a scenario into a more positive one has been shown to change how people view and react to it.

For example, take the famous 1998 study by Irwin P. Levinand Gary J. Gaeth called How Consumers Are Affected by the Framing of Attribute Information Before and After Consuming the Product.

The researchers took subjects and asked them to rate ground beef on a scale of one to seven based on several factors.

One group was told they would be recieving a taste of “75% lean ground beef” while the other recieved “25% fat ground beef”.

See where I’m going with this?

Researchers wanted to see if the subjects rated their experience tasting and inspecting the beef any differently based on what they were told before.

They found that the framing effect was significant and made a large difference in the scores that subjects recorded.

This is a great example of how rewording something can change someone’s entire experience.

Copywriters can leverage the strategy of framing headlines to be more positive oriented.

Look at OptinMonster, for example.

They use a positive headline that implies affiliate marketing can help you make money while you sleep.

Yet this blog uses a more negative bias implicating the reader hates their job and wants to quit to reach the same result:

As I mentioned with the NLP model, the reader will see the content and it will be filtered by their beliefs, values, etc.

Sure, poking their insecurities and negative emotions could cause an immediate spike in blood pressure to take action, but consider the opposite…

Providing them information with a positive frame will make them feel better about the topic and you as the presenter. If you have a product or service to help them out, you can then position it as the solution.

Read my guide on calls to action to learn more.

2. Use storytelling to make an emotional connection

We’ve used stories since we were cavemen. Things haven’t changed much.

We all love a good story because it involves struggle, triumph, and most importantly emotion.

In case you haven’t figured it out yet, the purchasing process is heavily emotional and that’s why NLP writing is so incredible.

They capture peoples attention and get them reading more of your f which ultimately gets them closer to the sale or action point.

In fact, stories affect the brain much more than most realize.

Firstly, a story can activate parts of the brain that help them relate the story to their own experiences and ideas thanks to neural coupling.

That’s why writing a story that relates to the customer’s situation is so critical. They will see themselves as the characters you write about and their problems.

Similarly, readers will have a better connection to the storyteller because of mirroring. This releases the neurotransmitter dopamine which helps them remember the story later.

Lastly, a great story is capable of engaging many parts of the brain, making that much more of a long lasting impression on someone.

You can leverage storytelling in your NLP writing style by using the following neuro linguistic programming techniques:

This brings me to my next point.

That’s why power words and thinking of the emotion and image attached to phrases is an essential NLP writing technique.

When I say the word “Miami”, what do you think of? Probably palm trees, the beach, and nightlife, right?

Well, how about the word “Wall Street”? I bet you imagined men in suits, money, and the chaos of people in downtown New York.

This means the words you use in copywriting are often much more powerful than you think.

Take Andrew Newberg, M.D. and his colleague Mark Waldman who published a book called Words Can Change Your Brain, for example. In the book, they say “A single word has the power to influence the expression of genes that regulate physical and emotional stress.”

Positive language is found to stimulate the frontal lobe and enhance cognitive function while hostile language tends to do the opposite.

Using words that entice urgency or fear probes the part of the brain which is responsible for fear called the amygdala. Stress related hormones and neurotransmitters are released which reduce cognitive focus and rationale.

Hence why it’s such a common practice in copywriting to focus on the customer’s problems and pain.

With this in mind, you can then alter your language depending on the exact piece of content and goal.

For example, you can start copy with uplifting and encouraging words that grabs the attention of readers. This motivates them and places the brain in the position to continue consuming the content.

Then, you dabble in the customer’s pain points, struggles, and use negative words to put them in a position to make an emotional purchase later.

That brings me to the next idea…

4. Prime the customer to take action

Priming is the practice of planting ideas in the readers head for later.

Think of it like planting a seed and it sprouting later, resulting in them purchasing your product or taking a similar action.

You can also think of it as foreshadowing.

The concept is that you mention key facts earlier then you actually present them so they consciously and sub-consciously store them and don’t feel as if it’s brand new information.

This makes them more open to the idea later while allowing you to guide their thoughts.

I love the study done by Jay Olson at McGill University in Quebec, Canada.

He began performing magic tricks by the age of five and fell in love with how perception can change peoples actions.

This is why we conducted a study in which e performed the same magic trick on 105 different individuals, asking them to select a card from a deck as he shuffled through it.

He would purposely stop for a very milliseconds on a specific card and found that this heavily influenced subjects decision to choose that card.

In fact, he was able to successfully guide 103 out of 105 people to choose the card he wanted. 92% of volunteers stated they did not know their choice to choose a card was being manipulated, either.

That’s cool and all, but the how the heck do you use this NLP technique yourself? Simple. By doing the following:

There’s an optimal flow and order to everything and especially in writing.

What I mean by this is that it’s ideal you order the points you speak about in your writing in the way the customer would think about them.

For example, you wouldn’t talk about pricing before you’ve introduced the product in most cases. The customer would want to know what they’re buying first, right?

That’s why logically ordering your content helps readers flow through it effortlessly with as little objections and questions as possible.

You can do this by asking yourself “What objections or questions would my customers have next?” Often they include:

With this information in mind, you can order the flow of your copy to be optimal like:

This is a simple example but displays the point that your copy needs to make logical sense.

NLP in copywriting is much more important then you realize. Very few writesr leverage deep psychology and neuroscience and they’re missing out.

Their writing could be much more unique while creating a better response from readers if they implement the techniques I touched on today.

The first of which is framing. A positive bias in headlines or other sections of content can make readers view it more favorably.

Similarly, positive words engage a different part of the brain than negative ones. You can use upbeat phrases to grab attention and negative ones for promoting emotional responses.

That brings me to priming. By presenting certain ideas and using strategic words, copywriters can plant seeds in readers heads so they seem familiar later.

Stories work akin to this, releasing dopamine from the brain which helps readers remember the story and feel a deeper connection. Frame stories to make readers see themselves while presenting a solution, as well.

Lastly, don’t neglect logical flow and order. Your content needs to be ordered in the same way the reader would ask questions and have ideas.

Using all of these NLP copywriting tactics will make your content stand out while generating improved feedback.

Reach out to me if you need writing services or check out my courses on copywriting. 13 Ways on How to Develop a Growth Mindset How to Get More Traffic to Your Blog: 20 Practical Tips 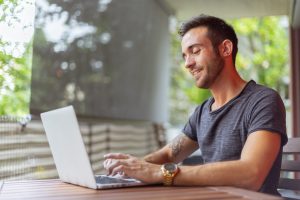